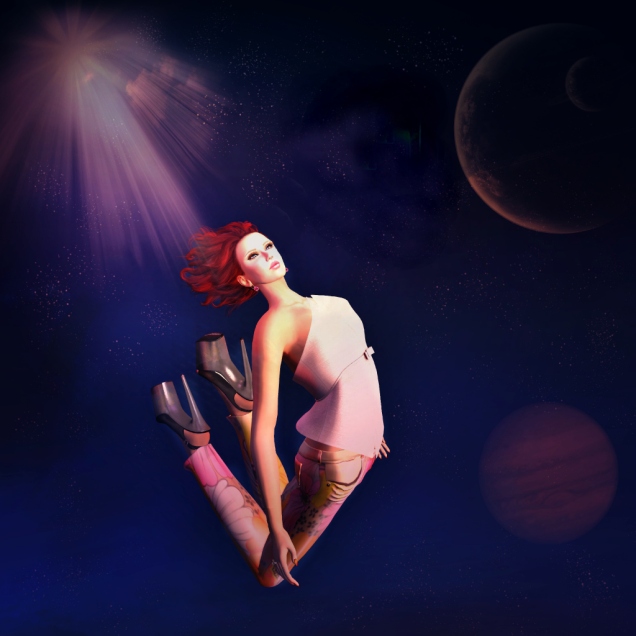 There is an art, it says, or rather, a knack to flying. The knack lies in learning how to throw yourself at the ground and miss.
~ Douglas Adams, “The Hitchhiker’s Guide To The Galaxy”

Although I love books and have read some sci-fi, I can’t say I am a big science fiction fan. But I do love the “Hitchhiker’s Guide To The Galaxy” series by Douglas Adams. So when that was chosen as the theme for this month’s Seraphim Social I was looking forward to the creations the designers came up with for this theme.

I wasn’t disappointed. I am highlighting the Orbit series of poses from an lar [poses] in this post, along with some other fun stuff. It also fits in nicely with The Inventory Alphabet challenge, since today is the day for the Big O. 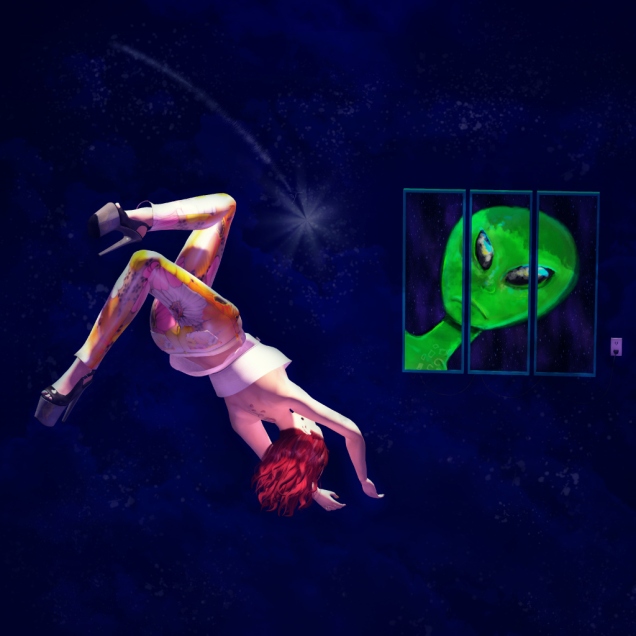 The top from Coquet. and shoes from [L.Warwick] (complete with Babel fish swimming in the platform base) are also from The Seraphim Social. I rotated myself in this pose, so if you don’t want to search for the meaning of life, the Universe and everything from an upside-down position, you don’t have to. 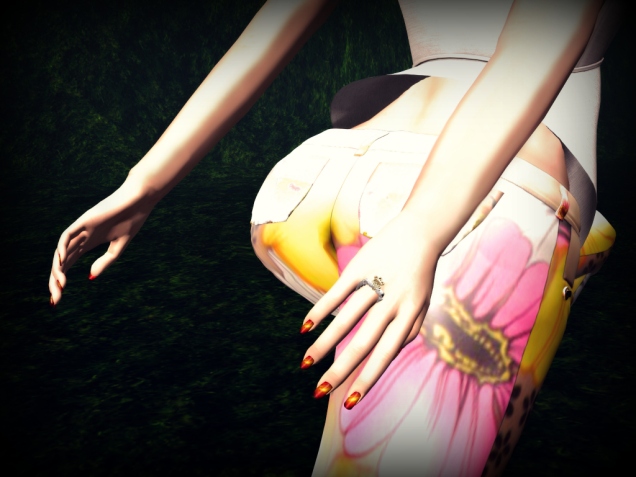 And I LOVE the nail polish appliers from {Wicked} Peach! You can search the galaxy to find the bum, but you’re out of luck – this baby is one of a kind 😉

The Seraphim Social is now open. Grab your towel and head over. Don’t panic; you have until April 29th to find the answer!

9 thoughts on “O Is For Orbit”