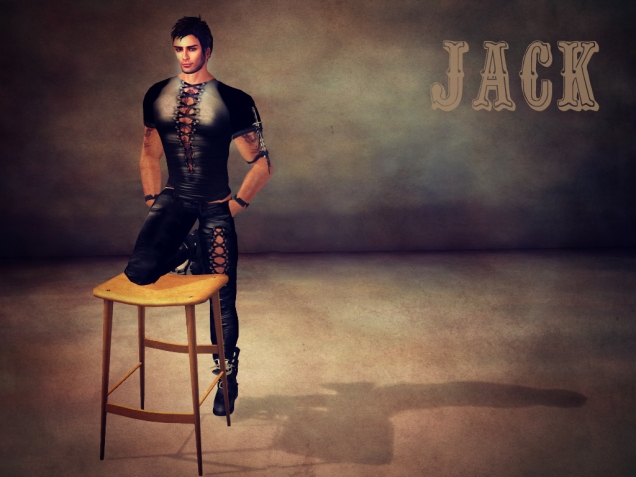 I met Jack at the club where I work, Breaking The Rules. Jack was new to Second Life and stumbled in one night while I was working. He was witty and funny and there to make friends.

And he did. He comes into BTR sometimes, but mostly he’s off doing other things in Second Life now, with a whole new group of friends. He’s funny and nice, and now that he’s been around for a few months, he’s found his identity. And he’s found his “look”, with the help of those new friends.

So now, you know Jack. Well, a little bit about him. He’s one part bad-boy biker, one part hard-working mechanic, and a whole lot of parts that you’ll have to find out for yourself.