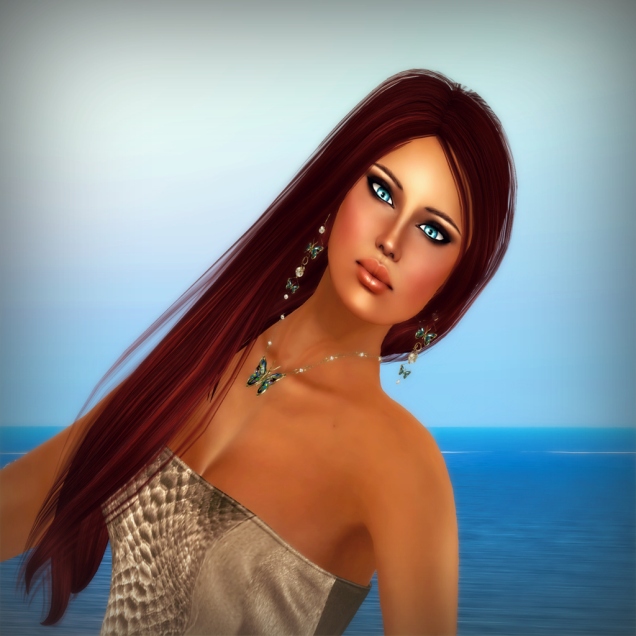 I mentioned yesterday (a couple of times, I think) just how much I love the new Jade skin from PXL Creations. I have found my new skin to live in! Well, I have found two. Yesterday I was sporting the Sunkissed version and today I’m wearing my “beachy” tone – Olive. I was seriously tempted by the Natural, as well, but hey, while my dreams may not fall out of my pockets, for some reason my Lindens seem to 😉 Maybe someday I’ll spring for that shade, but for now, I’m thrilled with the two I have!

I also mentioned yesterday that I’ve been having problems with my computer – it just spontaneously shuts down and reboots, almost always while I’m in Second Life. The photo from yesterday was a one-shot deal – something I never do. But right after I took that picture, my computer decided it was going to play its little trick on me and since it was the third time, I decided to pack it in. Fortunately, it was usable, but I still wasn’t happy about it!

Last night, with some much appreciated help, I put poor Fernando through some rigourous testing and tried a couple of fixes, then headed back into Second Life to see if he would hold out on me. I spent an hour and a half putting him through his paces – I cranked my graphics settings to Ultra and got a little snap happy. I took 80 photos, adjusting location, windlight and angles and he didn’t crash once! I won’t be convinced he’s completely well until I’ve spent at least two hours in Second Life without a shut down, but at least I was able to breathe a little easier knowing he had made it that far. 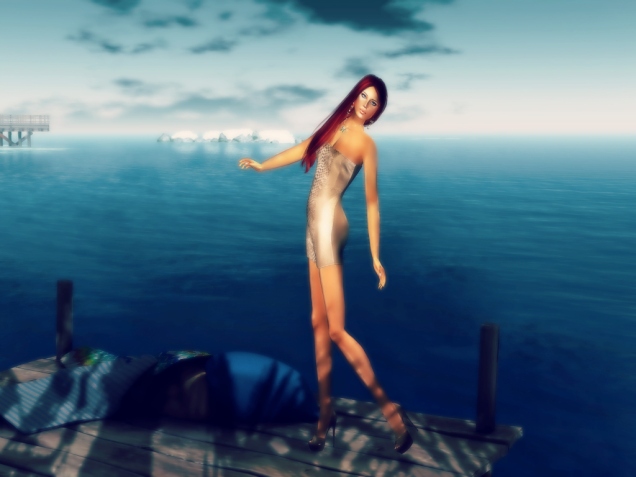 But enough about my computer woes – I’m sure they’re as uninteresting to you as they are frustrating to me, so just feast your eyes on this glorious skin…yep, I’m totally Jaded!