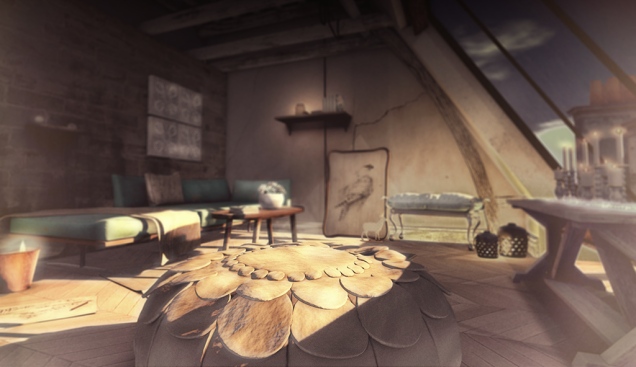 Pouf: (n) a versatile piece of furniture that can be used as a seat, a footstool or a table.

I made that up.

But seriously, whomever named this piece had to have a bit of a whimsical streak. I fully expected it to disappear from my inventory (“Poof!”), but thankfully, it didn’t. From Soy. found at the January round of The Liaison Collaborative, it is a must-have for decorating. I can see this equally at home in the bedroom or even a large bathroom, as well as the living area I set up with loads of lovely things from the January Deco(c)rate and gacha prizes from Kustom9.

It is a wonderful piece to help create your own sanctuary.