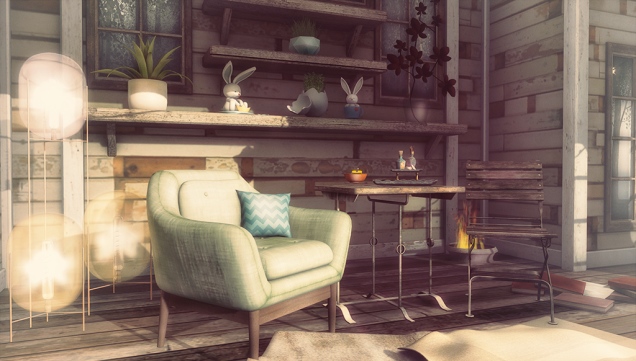 It’s all Home & Garden today; loads of pretty stuff from The Liaison Collaborative, plus a starring role by the lovely lamps from [ keke ] I showed the other day. While I love H&G, I do struggle with getting the right amount of clutter balanced with realism (or at least my version of realism). I tend to place things around the edges, leaving the centre bare. Which leads to me adding more things and moving stuff around until I barely recognise what I started out with. I do admire the work of dedicated H&G photographers; the credits alone make them worth their weight in gold!

This was supposed to be a completely different photo; I had to totally rework the credits after I finished processing and cropping. But sometimes the best intentions just go down the rabbit hole.

8 thoughts on “Inside The Rabbit Hole”