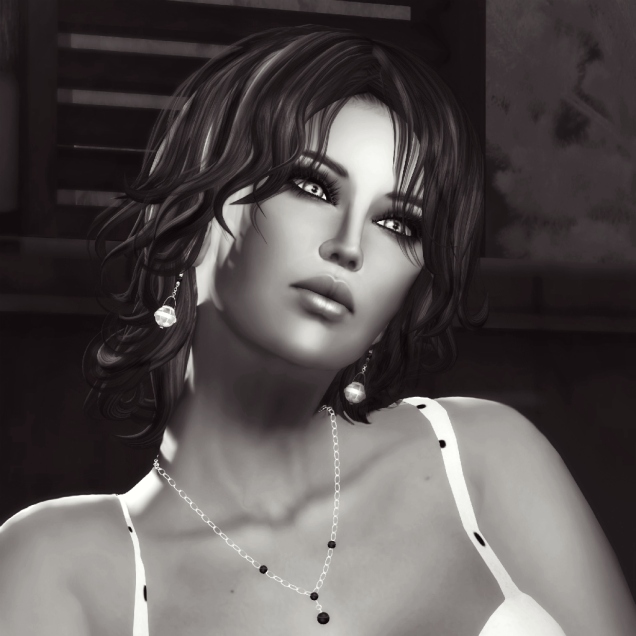 I am going to be in SO much trouble for this! Since I first discovered her blog several months ago, I have been a huge fan of Rwah’s black & white photography. If you read my blog regularly, you know this. I mention it often. She is one of the best Second Life Home & Garden bloggers out there, in my opinion. Yes, she occasionally sneaks her avatar in the photos, but she mainly concentrates on the “stuff.”

I think it’s time for her to show off her skills with portraiture. So when I saw Miss Berry’s meme this week, I thought I would take my life in my hands and issue a challenge to Rwah: I wanna see you do this meme!

Just so she (and you) know what I am asking her to do, I’ll be happy to help:

Meme Instructions: Share a black & white portrait (headshot) of your Second Life avatar. You can post a raw shot or process the image as much as you like. Don’t forget to leave a link to your image in the comments (of this post) and also share it in the Blog Memes flickr group.

In keeping with Berry’s format and a lot of others I have seen, I am including the colour version of my B&W photo.

I’m actually not sure which I prefer. I do like the close crop of the B&W but I really am smitten by the wistfulness the pose in the colour version seems to add. I probably should have chosen a picture of me running for my life, because that’s what I’ll probably be doing when Rwah sees this 😉

I’m off now to buy a pair of running shoes and book a flight to a country that doesn’t have an extradition treaty with The Netherlands!